RAJ BHAVAN, Hyderabad, the Official residence of the Governor of Telangana, is spread over an area of about 21.50 Acres (8.4 hectares). Sometime during the 1930s, the Nizam's Government acquired an earlier estate of Nawab Shahzore Jung and Sayyad Akil Bilgrami for the then Prime Minister's official residence. As seen from Hyderabad city's old maps of 1914, the estate of Nawab Shahzore Jung consisted of two older buildings at the place where the present Durbar Hall is located. These were pulled down to make room for the subsequent new structures. 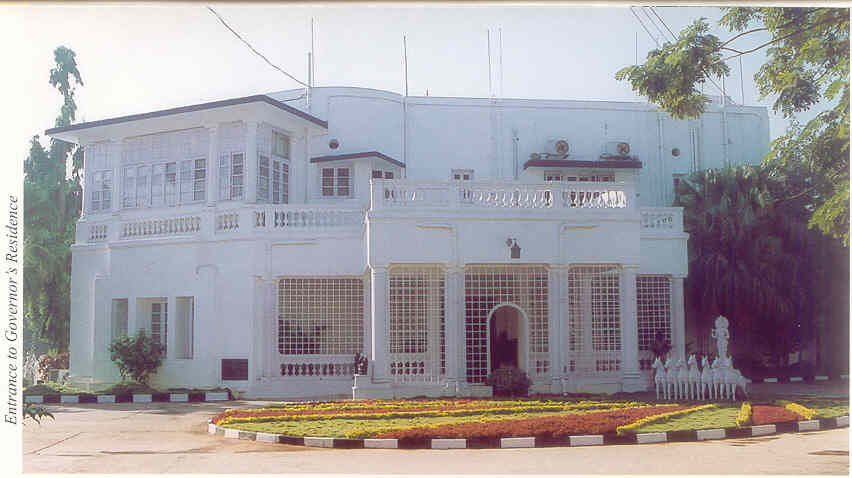 The present Durbar Hall was built around 1936 and has a relative simple facade consisting of a single large Islamic arch approached by a modest flight of stairs, deep overhanging Chajjas and cement Jallies covering other openings. Most probably designed by architects Eric Marrett and Zain Yar Jung, the Durbar Hall resembles other contemporary buildings, namely the Jubilee Hall and Bal Bhavan in the Public Gardens and the Lady Hydari Club in Basheer Bagh locality, designed by the same architects. 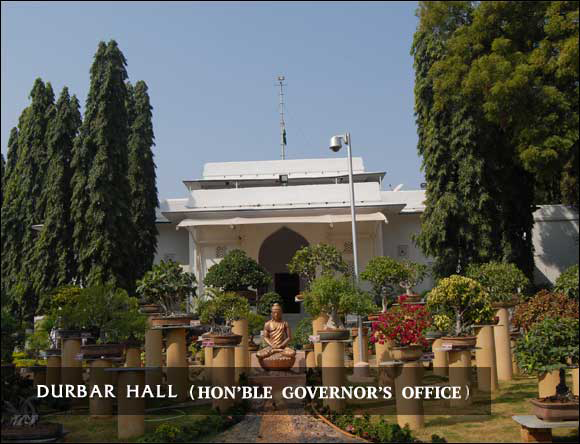 The earliest occupant of the Durbar Hall building was Sir Akbar Hydari, the Prime Minister of the Nizam from 1936 to 1941. But he stayed here for a short period and shifted his residence to an adjacent building which is now the Dilkusha Guest House. Subsequent Prime Ministers to stay here were the Nawab of Chattari (1941-1946 and again during May-November, 1947), Sir Mirza Ismail (August, 1946 to May, 1947), Sir Mehdi Yar Jung (November-December, 1947) and Mir Laik Ali, President of the Council of Interim Government (1947-48). 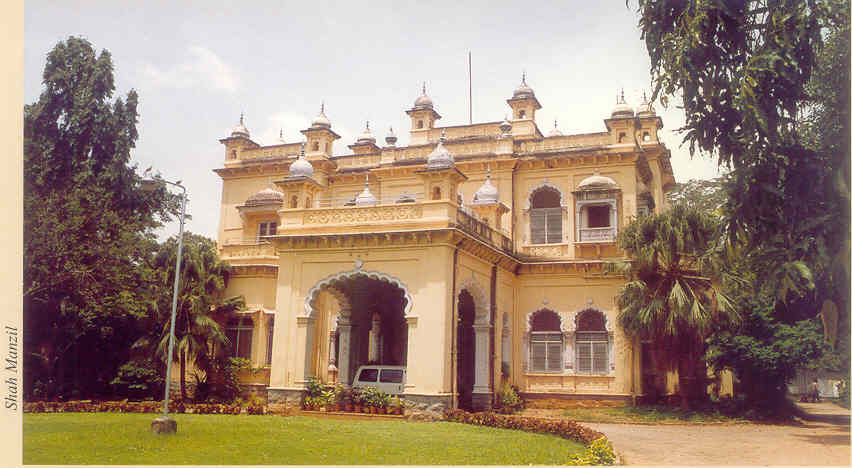 Shah Manzil, one of the pre-1914 buildings, is an architectural landmark. It has a striking similarity with the Telangana Legislative Assembly building at Public Gardens because of its late Mughal arches, projecting windows and Chhatris (lanterns) over parapets in typical Rajasthani style. The office of the Advisors to Governor of Telangana is presently located in Shah Manzil. 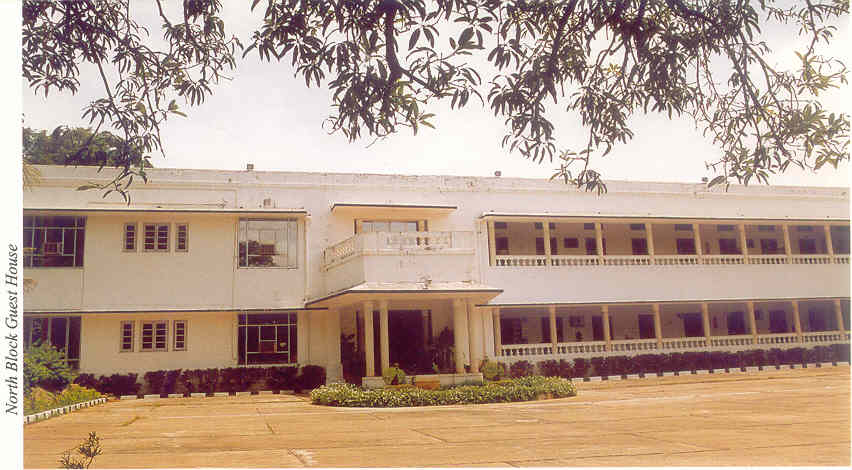 The Raj Bhavan, Hyderabad is among the most important notified heritage Buildings of Hyderabad city.